The Royal Veterinary College is the largest and longest-established vet school in the English speaking world and is a college of the University of London. The College offers undergraduate, postgraduate and CPD programmes in veterinary medicine and veterinary nursing and is ranked in the top 10 universities nationally for biosciences.

The Veterinary Epidemiology, Economics and Public Health Group (VEEPH) is part of the RVC's Department of Production and Population Health. The Group is led by Professor Dirk Pfeiffer and currently consists of over fifty academic staff, contract researchers, PhD students and Senior Clinical Training Scholars.  The group’s research has a direct impact on shaping policy both at national and international level. Many of the group’s experts are at the top of their field internationally and many have the opportunity to collect field data.

The group is involved in around 50 projects across four continents: Europe, Asia, Africa and South America. The research covers livestock and companion animal epidemiology, veterinary public health, animal health surveillance programmes and animal health economics. Many projects are research collaborations with national and international partners, including higher education providers, the Department for the Environment, Food & Rural Affairs (Defra), the European Commission and the United Nations' Food and Agriculture Organization (FAO).

Role in the project

Project Coordinator. WP 1, 3, 5, 6, 7 and 8 participant | Leadership of WP1 | | Conceptual surveillance framework development | Development of frameworks and tools for demonstration of freedom from disease | Evaluation of epidemiological and economic effectiveness of surveillance systems| Development of  decision making tools for implementing risk-based surveillance| Training, dissemination and exploitation| Management and coordination| Facilitate communication with policy makers and other stakeholders |  Development of a case-study on BVD surveillance in England within WP5| Development of e-learning material in WP 7.

Barbara is a Lecturer in Agrihealth with the Leverhulme Centre for Integrative Research on Agriculture and Health (LCIRAH) and the Royal Veterinary College. She has a strong interest in applying One Health or Ecohealth approaches to better understand food systems and how changes in those impact on food safety and food security and to improve the wellbeing of people and animals through better resource allocation. Barbara graduated from the School of Veterinary Medicine at the University of Bern (Switzerland) in 2002 and she came to the RVC in April 2007 to work as a research assistant in Veterinary Public Health. From 2008 to 2011 she did a PhD on the economics of veterinary surveillance. During the same time, she obtained a Certificate of Higher Education in Economics from Birkbeck College, University of London. More information here. 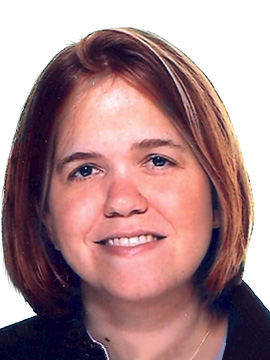 Betty is a postdoctoral researcher in the Veterinary Epidemiology Economics and Public Health group. She mainly works on the RISKSUR project, within which she is currently doing an economic evaluation of potential surveillance strategies for the control of BVD in England. After graduating with a PhD in Veterinary Epidemiology, on sheep ectoparasitic diseases from Bristol University, she started to work as an epidemiologist for the Animal Health and Veterinary Laboratories Agency (AHVLA). After completing two postdoctoral projects in Munich she took up a post as a postdoctoral researcher in the economics of surveillance in the VEEPH group at RVC in September 2013. More information here.

Timothée is a post-doctoral researcher particularly interested in animal disease surveillance and transmission of infectious diseases. During his post-doc, he contributes to the understanding of African swine fever transmission in Eastern Europe for identifying efficient control strategies and to the development of an original framework for evaluating disease surveillance systems. Timothée obtained his degree in veterinary medicine in 2008 from the University of Toulouse, France followed by a Masters degree on Animal Health and Epidemiology in Tropical Countries (CIRAD, France). He then did a PHD and in November 2012, he joined the RVC as a post-doctoral researcher. More information here.